Why don’t you believe me?

People who are telling you otherwise (like He Who Shall Not Be Named at Patheos) just want attention.  Attention whores!

After all, there are more members of my secret initiatory tradition than there ever have been.  Don’t believe me?  You’ll just have to take my word for it.  I mean, I could show you, but then I’d have to kill you.

Sure, we’re getting older.  We’re in our thirties, forties, and fifties … ok, well, more like our sixties, seventies, and eighties … but we’ve still got spunk!  Ok, not so much spunk, but you know what I mean.

Just because you don’t hear from us or see us or anything doesn’t mean our tradition is dying.  Because, you know, it’s seeeeeecret.

Actually, most people don’t want to get their asses off the couch and do anything related to Pagan community.  But that doesn’t mean Paganism is dying!  After all, Paganism practiced from your couch is just as good as Paganism done in community, right?  Right?!

And hey, we’re not any worse off than the Presbyterians.  So there’s that.

Lots of Pagans just don’t care about the wider world anyway.  They just want to be left alone to do their thing and play with their gods, and fuck the world! you know?  Nothing wrong with that, right?

I mean, not every Pagan needs to care about the earth, right?  I mean, what has the earth ever done for Paganism, anyway?  And why do we need to change the world? The world seems to be doing just fine, as far as I can see.

I mean, I didn’t sign the Pagan Community Statement on the Environment, because I don’t like to sign petitions, or even really read them, because you know, if I had, I would know the Statement isn’t a petition, but a call to action.  But whatever, fuck that too.  Anyway, I already pick up litter sometimes.  So I’m doing my part.

Just because public Pagan groups are failing left and right, that doesn’t mean Paganism is dying.  There could be lots of reasons for that.

I mean Cherry Hill Seminary had the best of intentions, and I’m sure they’re all good people and stuff, but you know, they just haven’t been able to compete in the marketplace, so you know, fuck them.  What are you, a socialist?

Same goes for Pagan bookstores.  Market failure I say.  It has nothing to with Paganism dying.

Sure we’re losing physical Pagan spaces.  But that only makes it feel like Paganism is dying.  I mean, nobody is counting.  So, you’ll just have to take my word for it.

I mean, I think we’re actually growing.  Look at the number of television shows about witches! 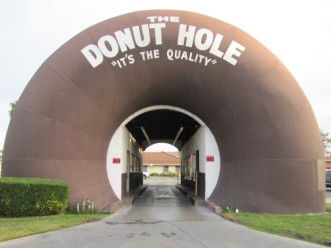 Sure, there’s a giant hole in center of the donut that is Paganism, but who wants donuts without holes?  Sure the hole is growing.  Hail Eris!  If more and more people are moving to the periphery of Paganism, who cares?  Let them eat donut holes, I say!

Anyway, maybe people like being without community.  You can’t force your community on us!  Fascist community mongers!

It’s a historic fact that there’s always been cycles in Paganism.  And I don’t believe that this change in the religious climate is Pagan-made.  I just don’t believe in Pagan-caused change.

Bottom line: Paganism is not dying.  It’s NOT!

This is a work of satire. Source material can be found here.

8 thoughts on “Nothing to see here folks. Paganism is fine, really, just fine.”