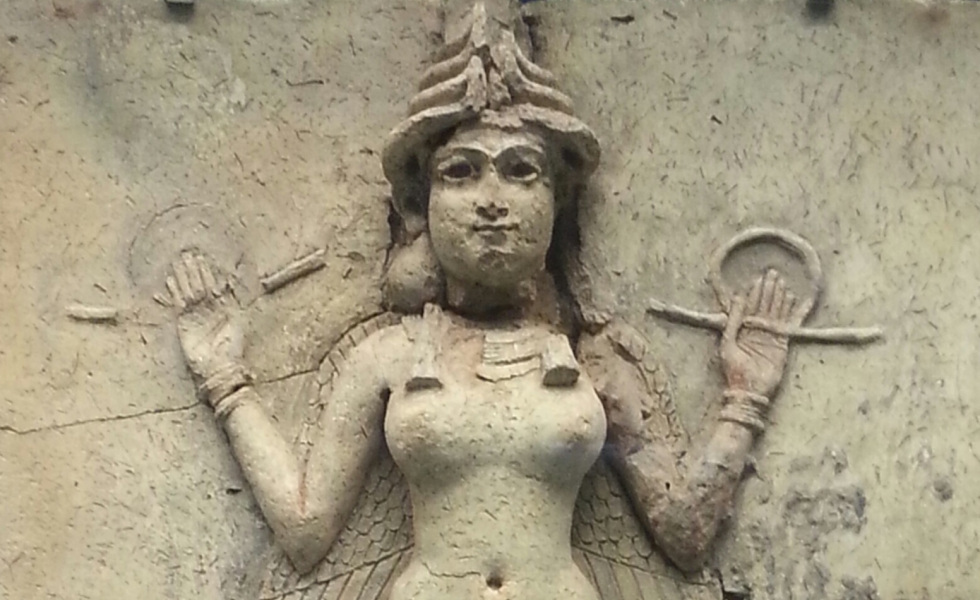 Today is the Spring Equinox (in the northern hemisphere).  Many Neo-Pagans celebrate this day as “Ostara”.  Although we like to pretend it has ancient origins, it’s little more than a bastardized version of the Christian Easter.

Not that there’s anything wrong with that.

The origins of the name “Ostara” date back to the 8th century Christian monk known as the Venerable Bede, and because of this, manny Neo-Pagans today like to think that they are celebrating the same holiday as their ancient British ancestors.  But it’s not so.

At the time Bede was writing, there was a debate in Christiandom about the correct date of Easter, and Bede had his own opinion on the subject.  According to Bede, April was called “Eostur-monath” by the Anglo-Saxons.  Easter falls in April about three-fourths of the time.  And so, the Saxon “Eostur” became the modern English word “Easter”.

Bede also said the month of Eostur (April) was named after the goddess “Eostre”.  But by Bede’s time, the Christian Paschal month had pretty much replaced pagan worship.  The Christianization of England was completed in the previous century, so it’s questionable whether Bede was a reliable source on paganism.  There may have been a Saxon goddess named Eostre, who may have derived from a Proto-IndoEuropean goddess of the dawn, but there is really no other evidence for this goddess.

So where did the Neo-Pagan name “Ostara” come from?  For that, we have to skip forward a millennium to Jacob Grimm.  In his treatise German Mythology (Deutsche Mythologie), written in the 19th century, Grimm adopts Bede’s theory of the origin of Easter.  And Grimm, even more than Bede, had trouble separating the purported pagan celebration of the spring equinox from the Christian Easter celebration.  April is Ōstar-mānod in High German.  And so, the Saxon “Eostur” became the German “Ostara”.

Why didn’t early Neo-Pagans call the vernal equinox “Eostur” instead of “Ostara”?  After all, the Anglo-Saxon name would have been more consistent.  Two of the other quarter days—Yule and Litha—are Anglo-Saxon.  But “Eostur” sounds and looks a lot like “Easter”, and early Neo-Pagans probably didn’t want their holiday to be confused with the Christian Easter.

The whole tradition of a British celebration of the spring equinox is false though.  In spite of what Bede says, the Anglo-Saxons did not observe the spring equinox.  In fact, according to Ronald Hutton, there is no evidence that the vernal equinox was commemorated anywhere in northern Europe prior to the introduction of Christianity.  This is why I say Ostara is little more than a paganized version of Easter.

To find a pagan celebration of the spring equinox, we have to leave Europe and turn to Mesopotamia.  For the Babylonians, the spring equinox was an important celebration and was marked as the beginning of the new year.  And this ultimately is why it became an important Christian holiday: the Mesopotamian new year influenced the Jewish Passover, which influenced the Christian Easter.

So, if we’re looking for a pagan myth to associate with the spring equinox, a Mesopotamian makes sense.  Of the many pagan myths of dying and rising gods and goddesses, one of the better known is the myth of the Babylonian Ishtar’s (Sumerian Inanna’s) descent into and return from the underworld.

Some people have drawn a connection between the name “Ishtar” and the English “Easter”, but it’s a spurious etymological connection.  But the Babylonian new year celebration was connected with the goddess Ishtar, which is why the Babylonian goddess Ishtar makes a better goddess for the Neo-Pagan spring equinox than the Saxon Eostre.

In the myth, Ishtar goes to the underworld to rescue of her consort Tammuz (Sumerian Dumuzi) who had been sent there (according to some versions, by Ishtar herself).  As a result of Ishtar’s absence, all animal (including human) copulation ceases.  The pagan practice of women “weeping for Tammuz” is actually documented in the Christian Bible (Ezekial 8:14), although it’s not clear when this was observed.

Along the way to the underworld, Ishtar has to confront seven guardians and pass through seven gates.  She does the same on her return journey.  It is this myth that the Wiccan legend of the descent of the Goddess is based on.   One thing we used to do in our family was light a candle each week following Imbolc until the spring equinox to symbolize Ishtar’s passing through each of the seven gates on her way back from the underworld.

The climate in ancient Mesopotamia was different than here in the Midwestern United States, where I live.  We don’t know what time of the year (or even if) the Mesopotamians celebrated the return of Ishtar from the underworld.  But here, it makes sense to celebrate it on the spring equinox. Starting on this date until the fall equinox, the days will be longer than the nights.  Spring is just beginning here.  It’s getting warmer and any snow left is melting, making a muddy mess.  Birds can be heard singing again in the morning air.  The geese are flying back north.  Little bits of green life can be seen poking their heads through the ground or on tree limbs.  Daylight Savings has also begun (on the first Sunday in March), which suddenly and artificially has the effect of seeming to lengthen the days.

So what should we call call this day, if not “Ostara”?  The Neo-Pagan celebration of the spring equinox probably owes its origins to the English quarter-day called “Lady Day”, which itself corresponds to the Christian Feast of the Annunciation (March 25).  “Lady Day” seems a fitting name.  While for Christians, the “Lady” is the Virgin Mary, for Neo-Pagans, it could be the pagan goddess Ishtar.  While for Christians, the day is the commemoration of the announcement of the birth of Christ (the light of the world”), for Neo-Pagans, it is the commemoration the “announcement” of the return of light and new life in nature.  Instead of the winged angel Gabriel, for Neo-Pagans, spring is announced by birds and buds.

The problem with the name “Ostara” for the Neo-Pagan celebration of the spring equinox is that, even if there was such a goddess, we know practically nothing about her except maybe she was a goddess of the dawn.  That’s not much to build a holiday around.  For a pagan holiday, we need a story to go along with the name.  And Ishtar makes sense.  Not only can the origins of the celebration of the spring equinox be traced back to ancient Mesopotamia, but the myth of Ishtar’s return from the underworld fits well the experience of the return of light and life in the spring.

One thought on “An Unorthodox Eostur: The Mesopotamian Origins of Ostara?”