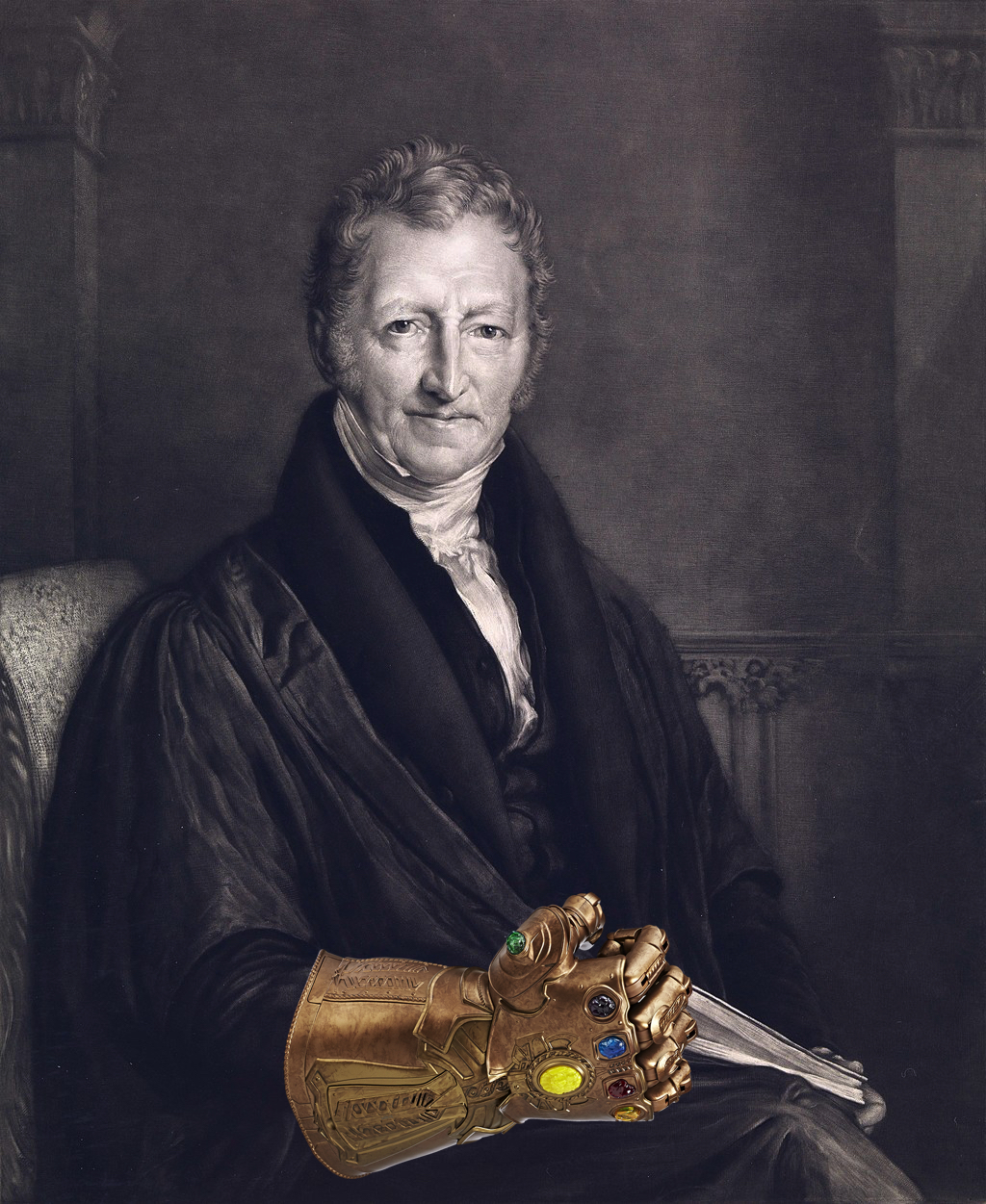 This is not a review of Avengers: Endgame, but there are spoilers, so if you haven’t seen it and want to, don’t read ahead.

For those of you who haven’t seen it and don’t want to, the last two Avengers movies, Infinity War and Endgame are about a struggle between the “Earth’s Mightiest Heroes”, the superhero team called the “Avengers”, and a villain named “Thanos”. Thanos believes that life has exceeded the universe’s carrying capacity, and he wants to wipe out half of all life so as to bring things back into a state of balance. Thanos explains his motivation in two conversations with the heroes:

Gamora: … you murdered half the planet.

Thanos: A small price to pay for salvation.

Thanos: Little one, it’s a simple calculus. This universe is finite, its resources finite. If life is left unchecked, life will cease to exist. It needs correction.

Gamora: You don’t know that!

Thanos: It was. And it was beautiful. Titan was like most planets. Too many mouths, and not enough to go around. And when we faced extinction, I offered a solution.

Thanos: But at random, dispassionate, fair to rich and poor alike. They called me a madman. And what I predicted came to pass.

Thanos: With all six stones, I could simply snap my fingers, and they would all cease to exist. I call that…mercy.

Doctor Strange: And then what?

Thanos: I finally rest…and watch the sun rise on a grateful universe. The hardest choices require the strongest wills.

Against Thanos are arrayed dozens of major and minor heroic characters from the Marvel Cinematic Universe (MCU). But out of this universe of heroes, three are central to this conflict: Captain America, Iron Man, and Thor. To understand the conflict, it’s important to know what each of these characters represent. …

TO READ THE REST OF THIS ESSAY, CLICK HERE.