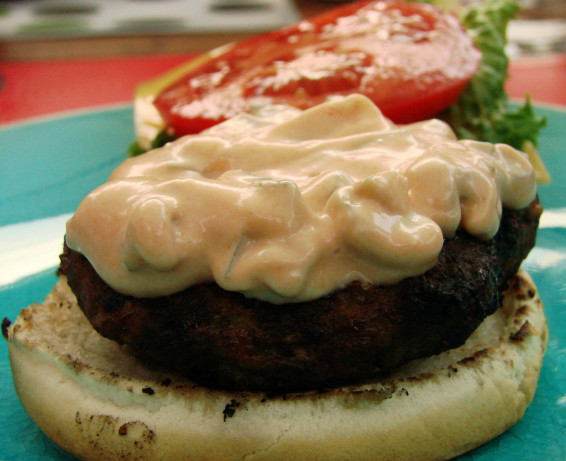 Damn, I thought the Patheos controversy was cooling off. But I guess not.

David Pollard who manages, Nature’s Path, the UU-Pagan hub at Patheos, just posted an essay in which he attempts to defend his decision to stay at Patheos by attacking those who left.  I feel compelled to respond because, as the Executive Director of CUUPS, David has quite the bully pulpit from which to spread his attacks.*

Now, let me start this with where David ends.  David writes that those who stay have an opportunity to subvert the far right-wing and anti-LGBT organizations that Patheos is now associated with (via Beliefnet).  I couldn’t agree more.  In fact, in my last post, I wrote:

David begins my mischaracterizing my involvement in the exodus of two dozen writers from Patheos.  David claims that I published my inflammatory essay without “verifying my objections” with the “Patheos senior leadership”.  First of all, I did contact our editor about my concerns before I posted my essay, and I’ve written before about how that went. Second, the notion of “verifying my objections” is nonsensical.  I don’t need to verify my objections with anyone; I know what they are.

I think what David is trying to say is that he thinks I didn’t verify the facts with Patheos leadership. But here’s the thing: this was not a dispute over facts. The contract was there for anyone to read. Our dispute wasn’t even over the interpretation of the contract. The dispute was between (a) my interpretation of what the contract allowed Patheos to do and (b) what Patheos said they intended to do. The response from Patheos wasn’t that my interpretation of the contract was wrong; rather, Patheos claimed that, despite reserving contractual rights to censor our writing, they didn’t intend to exercise those rights. I found this to be disingenuous, as did many others.

David next says that Patheos quickly sent out a revised contract, implying that I should have just been more patient.  Unfortunately, David fails to mention that Patheos would never have sent out the revised contract (which was still problematic, by the way) if I had not first raised my objections publicly. The notion that Patheos would have sent out revised contracts to 400 bloggers just because a few of Pagan writers were unhappy is just naive.  The new contract was a direct result of the work that Gwion Raven and I did to rewrite the contract and the public pressure that was put on them by Pat Mosely and myself and those that expressed their support of us.

Now let’s move on to David’s sophomoric attempt at contract interpretation.  Let me preface this by saying that, while I am a lawyer, I don’t think anyone needs to have a law degree (or any degree for that matter) in order to read the contract in question and see that there were serious problems with it.

David claims that the new contract language was “boilerplate”, which means standard language which is cut and pasted into contracts of all kinds. An example of boilerplate language would be the choice of forum language at the end of the contract, which states where suit has to be brought in order to resolve a claim under the contract. But the offending language in the contract was decidedly not boilerplate. In fact, the contract was so awkwardly drafted, I have to wonder whether an attorney even wrote it.

David then argues that my interpretation of the contract was not reliable, because I am not a publishing industry attorney.  He draws the specious analogy to going to an ophthalmologist for open heart surgery.  I guess David doesn’t know that the principles of contract interpretation are the same, regardless of whether a contract is for a publishing deal or the purchase of a house or an insurance contract.  And the difficulty of interpreting a 3 page writer’s agreement really does not compare to the complexity of the 20-100 page construction and insurance contracts that I interpret for a living.

But again, as I said above, you don’t have to rely on my expertise.  Interpreting this contract is really not brain surgery (or open heart surgery).  I suspect that anyone reading this can do it (even David), if they are willing to take some time to parse the clauses and consider their possible implications.

David then proceeds to argue that, my legal interpretation of the contract was meritless because I was the only lawyer who had issues with it.  David bases this argument, he explains, on his Google searches.

So, I went to Google. And looked for other lawyers who were speaking out about this contract – and I found … zero.

(Pause to control laughter.)  First of all, I was not the only attorney who had these concerns with the contract. Pat Mosley consulted another attorney who confirmed my interpretation. And Gwion Raven, who also interprets contracts for a living, also had the same concerns about the contract.

David wonders why his Google search didn’t reveal more attorneys criticizing the contract.  Is he serious?!  If he really wanted to know what other lawyers thought about the contract, rather than turning to Google, he should have actually reached out to some actual attorneys and just asked them.  Did it not occur to him that other lawyers might not even be aware of the contract, or if they were, maybe they don’t write online?!

David then wonders why non-Pagan Patheos writers did not raise concerns.  In fact, many of them did, both at the Atheist channel and the Progressive Christian channel, and possibly others.  In any case, David implies that a problem is not a real problem unless Christians and Buddhists and Atheist also recognize it as such.  What’s more, he seem to imply that the Pagan writers who left are uniquely paranoid.  It’s disappointing that David has such low regard for his fellow Pagans.

Case in point: David brags about his influence with other (non-Pagan) UU bloggers, one who writes at the Buddhist channel and one who writes at the Spirituality channel, both of whom decided to stay with Patheos. What David fails to mention is that Rev. Catharine Clarenbach, one of the writers on David’s own hub, Nature’s Path, did leave Patheos.  [EDIT: Someone just brought to my attention that D.C. McBride also just left Nature’s Path, though he did not give his reasons. Was it this that prompted David’s post?]  David’s silence regarding Catharine’s departure is disturbing, especially when he seems so anxious to point to non-Pagan UU writers he influenced to stay.  It’s almost like Catharine and the other two dozen Pagans who left don’t count in his mind for some reason.

The last half of David’s essay is a relatively benign discussion of the history of Pagan interfaith.  But there are a couple of points that are worth highlighting.  First, David acknowledges that, after its acquisition by Rubert Murdock, Beliefnet took “a decided[ly] more Christian-centric focus” and all the Pagan authors left.  But for some reason, David dismisses any concern that Patheos, now owned by Beliefnet, might go the same way.

It’s also fascinating that David tries to justify his decision to stay at Patheos on the grounds that it’s an interfaith site with great opportunities for interfaith discussion, while at the same time acknowledging that practically no interfaith discussion actually happens on the site — at least not with the Pagan channel.

I’ve met David before and we’ve talked on several occasions.  He’s a bright guy.  Which is why the level of self-deception in his post is so disturbing.  I can imagine how, as the manager of Nature’s Path, the UU-Pagan hub of Patheos, David must have been particularly bothered by the exodus of so many Pagans from Patheos.  But it’s disappointing that his response would be to attack fellow Pagans and dismiss their concerns.  It seems to me that a response more consistent with both UU and Pagan values would be to try to understand the concerns of those who left and to defend your own choice to stay without invalidating the choices of others to leave.

* David recently decided to use his position with CUUPS to include in the national CUUPS minutes his opinion that my post was “defamatory.” Fortunately, this was corrected at my request by CUUPS Board President, Amy Beltaine.

2 thoughts on “Self-Deception is the Secret Sauce: A Response to David Pollard”