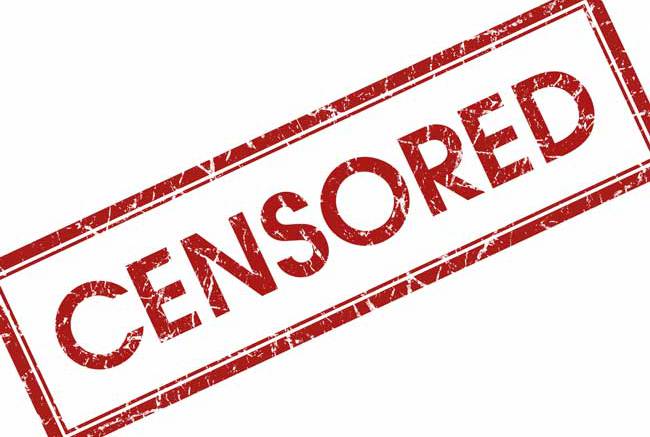 Last week, I unsubscribed from my weekly Patheos Pagan channel updates. It had been quite a while since any of the posts in the email blast had interested me enough to merit a click. It was the latest step in distancing myself from what goes for mainstream Paganism today.

But last week, a couple of friends shared links to reports that a writer at the Patheos evangelical channel, Warren Throckmorton, had had his blog taken down. Throckmorton has been described as an “evangelical whistleblower” and an “evangelical watchdog”. He had previously written about the scandals involving Mark Driscoll, Mars Hill Church, K.P. Yohannan, and Gospel for Asia. Driscoll and Yohannan both have blogs at Patheos, which continue to be hosted there. Vistors to Throckmorton’s Patheos URL, however, will now see an error message.

Throckmorton was told nothing about the reason for his termination, except that his blog no longer fit Patheos’ “strategic objectives”. In spite of others’ calls for an explanation, Patheos has been silent.

Throckmorton himself has been left to wonder which of his posts was the last straw for Patheos. His best guess: a post about the NRA (reposted here). Why that post? Well, Throckmorton notes that the Chairman of BN Media (the owner of Patheos) is Joe Gregory. [***Note: Throckmorton subsequently withdrew this statement based on a representation from Gregory’s attorney that Gregory sold his interest in BN Media in 2013. Gregory’s attorney produced documentation showing that Gregory had resigned from the Board in 2013.  However, he was unable to provide documentation of the current directors.***] Gregory is the chairman of the National Rifle Association Ring of Freedom donor recognition program. He and his wife are charter members of the Golden Ring of Freedom, which means they have donated over $1 million to the NRA.

Recently, Patheos issued a statement denying that any specific post was the reason Throckmorton was given the boot. But they failed to offer any other explanation, simply stating, “We’re sorry the lack of details allows for speculation.”

In response, other writers, like Dee Parsons and Dan Wilkinson, have called out Patheos for its partisanship and for the morally dubious associations of its directors. In addition to Joe Gregory (mentioned above), it’s been noted that another director is Jay Sekulow. Sekulow is a member of Trump’s personal legal team, a Fox News analyst, and the Chief Counsel for the American Center for Law and Justice (ACLJ). The ACLJ was founded by Pat Robertson and advocates for a variety of conservative Christian causes, including anti-abortion laws and support of anti-LGBT legislation in Africa. In addition, BN Media (which owns Patheos) also owns Affinity4, which raises funds for a variety of conservative Christian groups, including the the American Center for Law and Justice and the National Rifle Association.

All of this should sound very familiar to the writers at Patheos Pagan. About a year ago, over 20 Pagan writers (inluding myself) left the Patheos Pagan channel when unilateral changes to the writers’ contract which prohibited writers’ criticizing affiliates of Patheos prompted one writer, Pat Mosley, to look into just who Patheos’ affiliates are. Mosley discovered the same connections to Jay Sekulow, the ACLJ, etc., etc. When we wrote about these connections, Mosley and I were unceremoniously kicked off Patheos.

As worrisome as Patheos’ connections to the anti-LGBT groups and the NRA were, what bothered me most was the apologetics of Patheos writers like John Beckett and David Pollard, who defended Patheos’ actions.