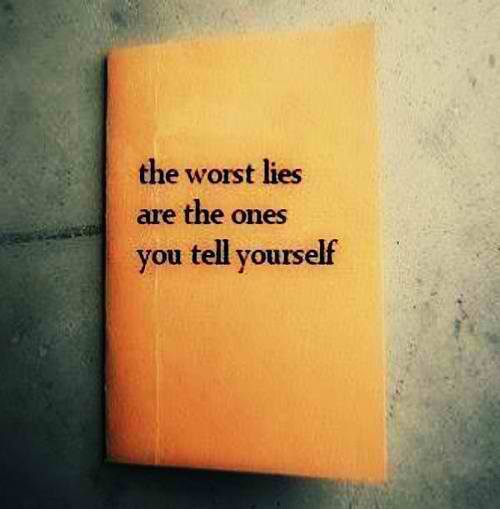 I’m no stranger to conflict in Pagan circles. Over the years, I have noticed similar themes arise when I come into conflict with other Pagans.  These themes can be summarized as five lies that Pagans tell themselves.

1. Believing Makes It So.

“It’s time to grow up Pagans. You’re not fucking Merlin or Gandalf. You’re not a reincarnated Egyptian princess or Celtic priestess. And your teen witch spells are not going to change your eye color, or make you levitate, or get you that long-desired revenge on those high school mean girls.” — from “You’re Not Fucking Gandalf”: 12 Movies to Remind You That Pagans Need to Grow Up

(For more on this, check out ‘Goats’ Heads or Gaia?’: Instrumental Magic and Pagan Values.)

2. All Ideas Are of Equal Value.

“So long as we agree not to question or criticize one another’s beliefs, we are bound to have an immature theology—one articulated in an echo chamber of our voices and those that agree with us. Even if we agree that our experiences are not subject to critique, our interpretations of our experiences most definitely should be.  And distinguishing between the two is essential for any mature theology. …

“If we really want to avoid orthodoxy, as we claim, then we need to have more discussion, not less—and some of that discussion needs to be constructively critical.  We Pagans need to more comfortable with idea that criticism can be constructive.  And so long as we avoid all criticism, we will be vulnerable to groupthink.  Sometimes it is only the best of our friends that challenges us to ask the hardest of questions about ourselves and our experiences.  And it is precisely those experiences which seem to come with ready-made interpretations that we most need to examine critically if we are to lead religiously authentic lives.” — from The First Commandment of Paganism: “Thou Shalt Not Judge” (and why this is a problem)

(For more on this, check out Why I Am “Still” A Pagan: the Problem and the Promise.)

“Ego-Pagans see any other attempt at Pagan organization as a threat to their individuality and their atomistic view of Paganism. The only form of organization they can tolerate is that which conveniently supports their own personal power. Ego-Pagans revel in chaos, because chaos empowers the individual. …

“There are still those in the Pagan movement—both young and old—who don’t want to see Paganism became anything more than a cult of individualism. … I sympathize with the suspicion of institutions, and I would resist any attempt to turn Paganism into anything resembling a ‘church’. But opposition to all organization on principle serves nothing but the egos of certain individuals. And it reduces our community to the lowest common denominator—the heckler and the troll. They should not be allowed to define our agendas, because their only agenda is the destruction of all agendas.” — from Ego-Paganism and the Tyranny of Structurelessness

(For more on this, check out Why Contemporary Paganism Deserves to Die.)

4. Being a Nice Guy Protects You From Being A Tool of a Broken System.

“To a certain extent, Mankey is right: Patheos’ conduct was just standard corporate operating procedure. The thing is, that’s a problem. What happened at Patheos is a microcosm of some of what has been happening on the national stage recently, with the power of corporations expanding and those same corporations (through their political lapdogs) trying to put limits on our freedom of speech, and with the swallowing of journalistic institutions by for-profit corporations.” — from “Standard in the Industry”: Patheos and Normalizing Corporate Abuse

(For more on this, check out: Capitalist Extortion in the Pagan Community.)

“Diagoras of Melos may have the honor of being the first self-professed atheist, to be followed by others like Theodorus of Cyrene. But it was Clitomachus, the 2nd century BCE skeptic, who was responsible for the idea of atheism as a coherent movement with its own philosophical history. … He collected atheistic arguments, identified atheism as a distinct philosophical school, and categorized its varieties. He also compiled a compendium of philosophical atheists, which included Protagoras, Prodicus, Diagoras, Critias, Theodorus, Euhemerus, Epicurus, and others—thus giving atheism its own intellectual history.

“Many of the individuals identified as atheists continued to engage in public worship of the gods. The early Stoic, Persaeus of Citium, for example, insisted that the gods of the city should be worshipped in the traditional ways, even while denying their literal existence. Similarly, the second century AD Roman skeptic, Sextus Empiricus, stated that honoring gods by performing ritual sacrifices did not require believing that they exist, and he argued that skeptics could and should take part in public religious activities. The Epicureans also continued the practice of prayer, but with the understanding that it benefited, not the gods, but the humans performing the prayers.” — from The Forgotten History of Atheist Paganism

(For more on this, check out Why “Pagan”? – An Atheist Pagan’s Response to a Theist.)

3 thoughts on “These Things Aren’t True: Five Falsehoods in the Pagan Community”