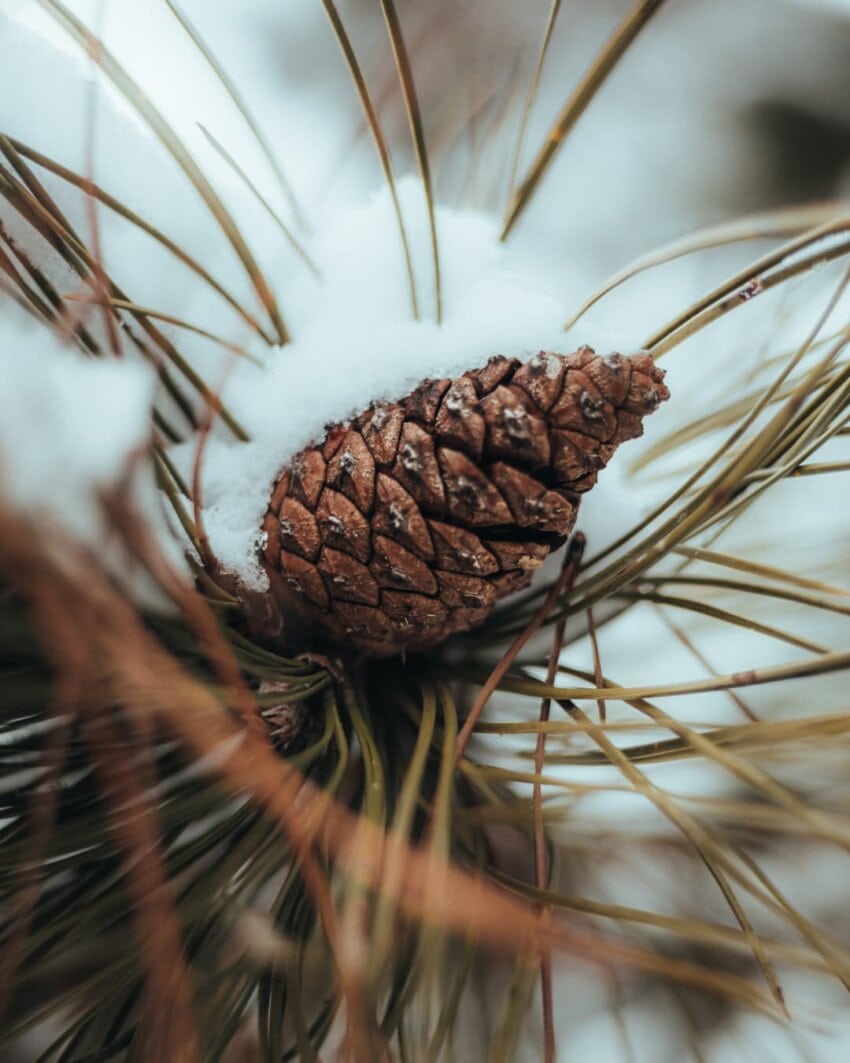 As I explained in the introduction, I want to strip Paganism down, take away its ancient or faux-ancient terminology, its mythological and legendary pretensions, its foreign folk practices, its superstitious and pseudo-scientific justifications, and its esoteric ritual structures, and get down to the phenomenological core of pagan experience.

The days are getting shorter. It’s December, the month when most Pagans celebrate the winter solstice, the shortest day/longest night of the year (for those in the Northern Hemisphere). Just about anybody will have noticed that, around this time, it gets darker much earlier in the afternoon. For most of us in the English-speaking world, this happens gradually and then very abruptly–with the shift from Daylight Savings.

Of course, the days don’t actually get shorter with the shift to Standard Time, but it definitely feels like it. The effect on our bodies and minds is undeniable. This is a good example of culture and nature blurring. Just because it’s a human construction, doesn’t mean it should be ignored by pagans. I’m looking forward to the time when we have year-round Daylight Saving. But until that happens, the first Sunday in November (Nov. 6th this year) is not just the day I move my clock back, it’s also a day I observe the darkening of the days with ritual. And it just so happens to coincide roughly with the actual midpoint between the autumn equinox and the winter solstice–which falls on Nov. 7th (not on Samhain, a week earlier, as you might have thought).

For most of us in the Northern Hemisphere, the temperatures are also getting colder–though how much depends on your latitude. This is a gradual and uneven process, so it’s difficult to put your finger on it. But there’s usually a day when you walk outside and realize it’s time to break out the winter wear. It’s not just cold; there’s a smell to the air or some other quality which whispers to your mind, “Winter is here.” (This usually happens in November here.) It doesn’t take much attention to notice it. But it does take some presence of mind and just a little bit of time to transform this observation from a fleeting thought into an actual ritual. I think it’s as important, if not more so, to ritualize these moments, as the more predictable solstice.

We should distinguish here solar events from seasonal events. Solar events, like the solstices and equinoxes, happen predictably at exact intervals. Seasonal events, the like hottest and coldest days, the falling of the leaves in the autumn and first buds of spring, are predictable only in a general sense. You have to pay attention for them. And they also tend to lag behind the solar events. The longest night in the Northern Hemisphere is not usually the coldest night; that usually comes about a month or so later.

Also, it needs to be said here that, what I’ll be describing in this series are the conditions I experience in the Midwest of the United States. Wherever you live, if it’s in the Northern Hemisphere, the solar events will be the same, but the seasonal events may be very different. When I lived in Brazil, winter was more rainy than cold. And, obviously, because the seasons were flipped, Christmastime was around the hottest time of the year, which gave it a very different feel. Nevertheless, I will continue to refer to my local seasonal conditions and remind you periodically that I’m only mentioning these by way of example.

You need to observe you own seasonal conditions in order to construct a genuine pagan practice. If you haven’t been doing this, then your “Pagan” practice isn’t really pagan, as I use the term, because it isn’t grounded in the place and time where you are. I recommend keeping a weather journal for a few years in which you record significant weather events and climatic trends. In the meantime, you can still build your pagan practice, but it will evolve as you observe more and more about your local conditions. (I just added the Sandhill Crane migration to my own calendar of observances, which happens to fall right around Thanksgiving. I’ll write about both of those next year.)

So, where I live, we usually have our first real snow in December, around Christmas. I say “real” snow, because there’s often an “unseasonal” snow earlier than that, which comes and goes quickly. The first real snow happens when you wake up in the morning and world is covered in white and seems preternaturally still. And before you start thinking about having to shovel, and before you put the kids in boots and gloves and hats and send them out to make a mess of the pristine blanket of snow, you just pause and breathe slowly in and out. That’s the magical moment when a simple ritual is called for.

Now is a good time to point out that eight religious rituals are really not enough to sustain a spiritual life. Six and a half weeks is too long to go between rituals. In a 2015 article in The Spectator entitled, “Paganism is alive and well – but you won’t find it at a Goddess Temple” Andrew Brown argues that “What successful churches [I would substitute “religions” here”] have is not demanding doctrine but demanding practices, rituals and observances which saturate everyday life.” In spite of the derisive tone of much of the article, I think Brown is on to something.

To live a truly pagan life, we need “practices, rituals and observances which saturate everyday life.” Most of our rituals don’t need to be “demanding”–though sometimes it helps. But what’s more important is the frequency. For what it’s worth, this would have been true of most “pagan” (i.e., pre-Christian/pre-Islamic) peoples, for whom pouring out a libation or leaving a small food offering before the household or village gods might have been a daily and almost quotidian occurrence. We need daily practices–which I’ll be writing about later—but we also need more than eight special days, in which we make an extra effort. I’ve come up with around nineteen for myself so far (it fluctuates a little with seasonal conditions), and I’m always revising it. In the month of December alone, there’s four.

I’ve already mentioned two of them: the first snow and the winter solstice. The other two are popular holidays that I also observe, Christmas and New Year’s. Now, why would a Pagan observe these days? Well, if we’re honest, most of us are probably doing it anyway. There’s a lot of cultural and familial pressure to do so–even if you’re not Christian.

But it’s not just a matter of giving in to social pressures. There’s a lot of cultural energy that builds up around these dates. And when I say “energy”, I’m not talking about anything supernatural. I’m talking about all the talk and attention and imagery and music generated by these holidays. The “energy” is kind of a psychological/social potential. We can let all that energy be consumed by capitalist greed, or we can direct some of it into sacred moments through intentional ritual. (Not to mention, there’s a lot of pagany–i.e., non-Christian–symbolism around these holidays anyway.*) And so, I treat the twelve days from the winter solstice through New Year’s Day as one extended holy period.

I know, a lot of Pagans treat Samhain/Halloween as the Pagan New Year. The real historical reason for this is because, eighty-some years ago, some English wanna-be witch named Gerald Gardner claimed that’s what ancient witches did. But a lot, probably most, of what he said has turned out to be fabricated. And regardless of whether the ancient Celts celebrated the new year on November Eve, it doesn’t make much sense nowadays, when most of the rest of the world is celebrating it on December 31st.

In terms of the solar conditions, the times of the year that make the most sense to me to celebrate a new year are the spring equinox or the winter solstice–because that is when the sun starts “coming back”. And it turns out that a lot of the pagan people around the world over the centuries have celebrated the new year on one or the other of these dates too. Since practically everybody is celebrating it on December 31st nowadays, it just make sense to me to roll it into the solstice season.

Later in the season, I’ll celebrate the coldest time of the year (the winter “thermistice”). Of course, it’s hard to say exactly when that is, since in any given year, I never know if it will get colder. But, on average, late January/early February is the coldest time here (which just happens to fall around traditional Imbolc). But I will only observe it at that time, if it’s actually really cold. If it’s not, then I’ll wait and watch.

I’m not saying that these have to be your holy days too. They don’t. (I’d love to hear what your special days are in the comments.) The point is, we shouldn’t limit ourselves to the eight traditional “spokes” on the Wheel of the Year–or even use them at all. There’s other seasonal events that are happening all the time that don’t fall on exact dates, like the first geese flying south or the first frost. To notice most of them, you just have to pay little bit of attention, And there’s also things happening in the human social world, which can–and I think should–be integrated to some degree into our pagan practices, because we’re part of nature too.

Now that I’ve talked about the when of winter ritual, in the next post, I’ll talk about the how.

* I’ve written about why Pagans should celebrate Christmas as a Pagan holiday here and here. Rather than fighting it, I argue we should reclaim it. Note, these two essays were written about a decade ago, so there’s still a lot of Pagan “extra” in them, that I would pare down today.